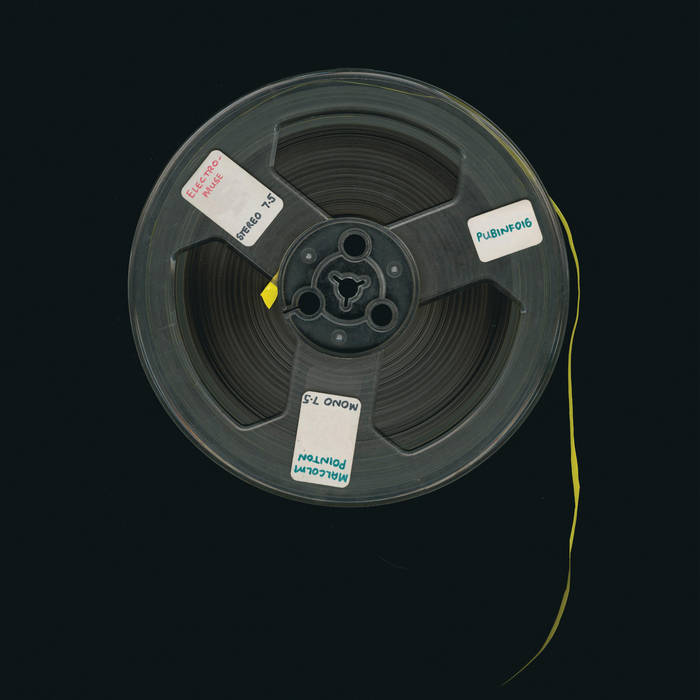 Spun Out Of Control

Our first release after a well earned break. Here we delve into the archives with the assistance of Ian Helliwell to uncover the sounds of early electronics pioneer Malcolm Pointon...


Tracklisting:
A1. Radiophonie
A2. Sonata Elletronica
A3. Then Wakes The Ice
A4. Boogie
A5. Symbiosis Intro
A6. Symbiosis
B1. Trojan Woman
B2. Study 1
B3. Palindrome
B4. Study 2
B5. Poreira

...the Symbiosis piece by Malcolm Pointon was very interesting and is the kind of use synthesizers should be put to. Synthesizers should explore new sounds rather than imitate conventional ones... Practical Electronics Magazine c.1975

Malcolm Pointon was born in 1940, Stoke on Trent. He spent his life and career in tape, synthesizer and keys; academia, sound, music and machine. Here, for the first time, Public Information and Ian Helliwell present the rarely heard works of Malcolm Pointon. With permission given by Malcolm’s widow Barbara, Helliwell has compiled an LP of material taken from master tapes of home-recorded, never released electronic material.

Following a period at the BBC, Malcolm joined Homerton College, Cambridge, in 1969 and it was here where he would discover his electronic-muse. Inspired by Stockhausen and the surge of avant-garde tape music, Malcolm began to build compositions at home using a 4-waveband radio and multi-speed tape recorder. His first piece using these techniques is the skittering “Radiophonie” which opens this LP.

After mastering tape-music, Malcolm began reading, and eventually contributing to, Practical Electronics magazine (edited by our own F.C. Judd no-less). He and engineer cohort Doug Shaw entered an “electronic music construction challenge” in 1973 – and so a battery powered, stylus activated self-build synthesizer was presented to the dedicated circuit heads of Practical Electronics. The Minisonic was born.

Many of the pieces on here were produced using the Minisonic, including the staggeringly heavy centerpiece of this album “Symbiosis” - replete with Malcolm’s own introduction. Elsewhere, Pointon takes us down pummeling arpeggiated rhythms (“Sonata Elletronica), mind-melting-inside-beehive tape pieces (“Poreira”, “Boogie”), freaked-out concrète trips (“Trojan Woman” “Then Wakes the Ice”) and shimmering noise works like the beautiful, “Study 2”.

Malcolm Pointon would be cruelly diagnosed with Alzheimer’s at the age of 51. He became unable to operate his studio and so his rare gift to electronic music was gone, until now. Public Information and curator Ian Helliwell are incredibly proud to share Malcolm’s music with you. We will be sending all profits of this release to the Alzheimer’s Society, helping to support people with dementia and their carers on their long journey, right here and now.

Mastered by Rashad Becker at Dubplates and Mastering

2016 – 2017 will also witness a series of electronic music events raising money for the Alzheimer’s Society. Memory Dance. Look out on social media for more news forthcoming.

Compiled by Ian Helliwell and Public Information with the kind help from Barbara Pointon. All profits from this release will be donated to the Alzheimer's Society.

This Is Public Information. ... more

Bandcamp Daily  your guide to the world of Bandcamp